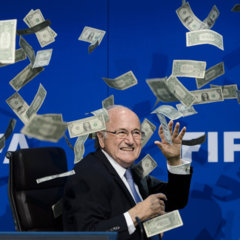 By Chicopingo,
August 2, 2017 in Environment

We have placed cookies on your device to help make this website better. You can adjust your cookie settings, otherwise we'll assume you're okay to continue. We use cookies and other tracking technologies to improve your browsing experience on our site, show personalized content, analyze site traffic, and understand where our audience is coming from. To find out more, please read our Privacy Policy. By choosing I Accept, you consent to our use of cookies and other tracking technologies.